Crossing season at the Mara River is starting, according to our sightings. Great Migration Camps has also had Migration Updates from guides, camps and lodges out in the field.

The Wildebeest Migration in July 2018

The first half of 2018 brought a massive amount of rain to East Africa, resulting in an abundance of food and water in the Serengeti. This in turn caused a slower than usual movement of the wildebeest herds migrating north to the Mara River. Most of the herds have been congregating in the Western Corridor near Grumeti, but the Eastern Herds have been moving north slowly. The first crossings have been witnessed, now is the time to be at the Mara River, Serengeti side.

Great Migration Camps was at the Mara River for the first small crossing. A small herd headed north to south! Take a look…

Mara Bush Camps sent a migration update from the Masai Mara side – reporting a crossing on the Sand River. Look at the video here

There were some huge herds cross the Kichwa Tembo road just south of the Mara River, Serengeti side.  The small herds are starting to congregate together and migrating north with some energy.

Later that day, Lemala guide Baraka Willium, recorded the first major crossing of the season on the Mara River in his migration update on 15 July 2018 , wildebeest headed south to north. Take a look at the video here.

More Migration Action is on the way

The end of July is hotting up as the Migration Updates start coming in.  We’ll keep you posted with the latest news and sightings and recommend trying to get yourself to see the most incredible natural show on earth.

August looks set for a bumper season, with lots of predator action to follow the herds.  Watch this amazing scene as a male lion defends his kill earlier this month. More of this on the way.

Join Great Migration Camps mobile at the Mara River, Serengeti side in August 2018.
Game Package Rates $330 and Full board Rates $230 (excludes Park Fees and getting there)

In September 2018, Great Migration Camps will follow the wildebeest to the Masai Mara in Kenya.
Game Package Rates $330 and Full board Rates $230 (excludes Park Fees and getting there) 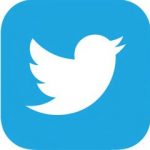 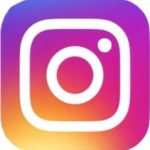